Enter the Weekly Give Away! 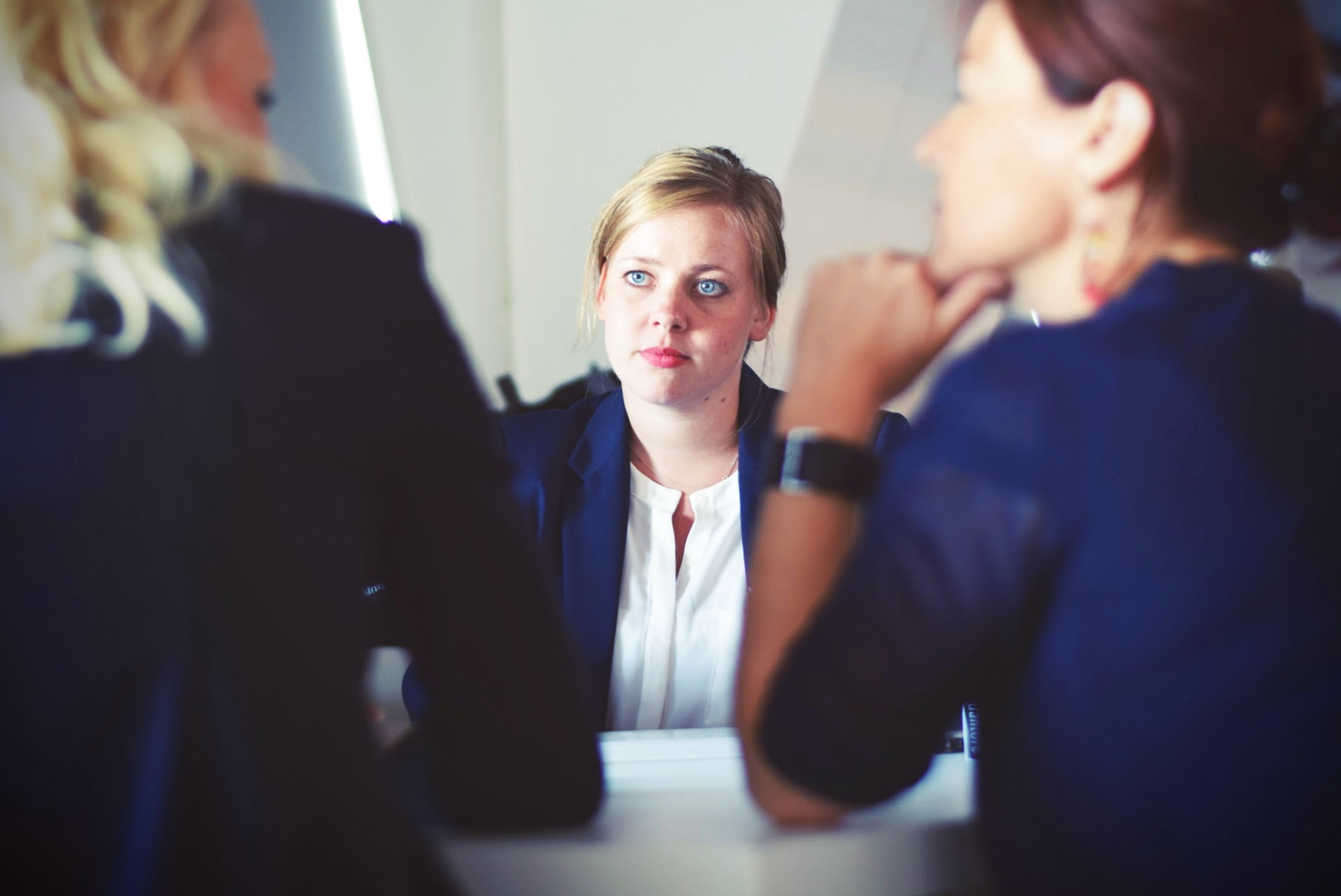 As your graduation approaches and you begin to apply for positions, the process of landing that first job can seem intimidating.

As a hiring manager of entry-level Application Developers, I understand your dilemma – “I can’t get hired without job experience, but I can’t get experience without the job!”

While it may be true that you will be competing with others similar job or intern experience, you can quickly break away from the group by differentiating yourself in other ways.

Focus on Your Soft Skills

What are soft skills?

Soft Skills are character traits and interpersonal skills that characterize a person’s relationships with other people.

While having the technical skills is a requirement for your job, soft skills can demonstrate your overall fit into the organization and culture. It can also help interviewers determine how well can you communicate or work with others.

Here are four tips to help you showcase your soft skills.

Soft Skill of Be Prepared:

If you cannot articulate any projects or assignments that you have worked on, your technical skills will not stand out and you will not demonstrate that you can think on your feet.

I know that your experience is limited, so think outside the box! If a question does not relate to a project you’ve worked on in school, but maybe a personal or non-technical experience demonstrates the quality they are looking for, so feel free to use it!

For example, if asked to describe a scenario where you managed to complete a project on time while presented with conflicting priorities, you may not have an IT assignment that relates directly. Instead you could speak to how you managed your course load during finals when everything is due at the same time. How did you work through that process? Did you succeed?

One of the latest employees I hired demonstrated to me how easily he could adapt within a changing environment. I accidentally listed his phone interview 30 minutes earlier on my calendar than it was scheduled. Upon calling him I immediately realized my error, apologized and offered to call him back at the agreed upon time. He pleasantly laughed it off and agreed to complete the interview early. While I certainly would not have held it against him to call back at the scheduled time, to see that he could “roll with the punches,” was one example to help him differentiate himself.

Try to find an example of a time you showed flexibility or the ability to adapt in a changing environment and you will stand out from the crowd.

As a new IT graduate, you may not even know what questions to ask your prospective employer. You can gain self-confidence by doing a little research on the company you are applying for and you can show interest by asking probing questions related to the questions being asked of you.

For example, if asked to share a time that you’ve had to explain a technical problem to a non-technical person, you could follow-up your answer with a question such as:

“Based upon your question, is this a situation that occurs frequently within the role? Will I be working with clients or other stakeholders on a regular basis?”

This demonstrates that you are interested in the role, are able to interpret information presented to you and think through it without specific instruction.

There you have it! As you move towards getting hired at your first IT job, keep these tips in mind as you interview and you will quickly rise above the others. Just remember, it is just as much about who you are as a person and how you can fit within the organization as it is about your technical skills. Best of luck to you!

Do you have any other interviewing or job hunting tips that work to give job hunters an advantage?

Looking for other career articles?

Why Passion is the Key to Productivity and Success

I have a confession to make.

I am a failure.

Financially and professionally I am a complete and utter failure. I was naive and foolish and things did not go as planned for me, that’s for sure.

Let me tell you why.

Can you relate to the dream where you want to be financially free? To make your own rules and live life on your own terms? I had that dream – big time. I had been laid off for the third time from my job, we were broke and I definitely wanted a change. I knew exactly what I wanted to do with my online business, I just needed someone to help me build it.

I thought I did my homework.  I put my heart and soul into writing an air tight business plan and once I had all the details in place, I hired a highly recommended overseas web development company to build me that dream.

Can you imagine the excitement and anticipation I was feeling! I could hardly sleep those first few months.

… But then there was the waiting.

And the missed deadlines or requirements.

And the pulling out of hair in utter frustration.

Don’t get me wrong, the project was complicated but going well enough for me to continue to pay them. Unfortunately, it never was exactly what I wanted. They would rework it and try to fix it, but it just led to more and more delays. They clearly did not understand the requirements, I was in way over my heard and the project started to feel like a money pit.

Then disaster struck. They “lost” all the files in a server crash and had to start over. To say I was devastated was an understatement. While I found it difficult to believe they had no backups, I helplessly allowed them to start over.

Eventually the project just collapsed. After they were running 18 months past the launch date and no longer showing a solid commitment to the project, I made the gut wrenching decision to just walk away. I just couldn’t afford to stick any more money into it and trying to get money back from an overseas provider wasn’t a mountain I knew how to climb. I understood how naive I had been, and I was emotionally spent.

The emotional toll was bad enough. What I didn’t mention was that in order to pay this web development company, I had put a second mortgage on our home. A big one for us, and now I had nothing to show for it – except a hefty monthly payment.

Imagine the shame I felt each month when I had to write a loan check for three more years to pay off this failed business venture. Imagine trying to look my husband in the eye when we were barely making ends meet. I was still out of a job and this extra mortgage was the reason we couldn’t move to be closer to job opportunities.

These were certainly not my happiest days. I felt like my dream had died and my family was paying a big price for it.

But was my dream truly dead?

Thankfully, during my many months of frustrating work with the web development company, I did not just sit idle. In trying to learn why the project was failing, I took coding classes. I read tutorials on databases and I took on practice projects on my own. After my project failed epically, I realized I had learned enough to land a few contracting jobs as a web developer!

I also started networking and interviewing – a lot. I needed a foot in the door. While I had a college degree, it certainly was not in IT or web development, so having zero experience in this field was a bit of a hurdle. I just didn’t let that stop me. I swallowed my pride and kept at it.

During one memorable interview I recall saying “I don’t know” so many times that once I left the building I promptly broke into tears of embarrassment.

But something very, very interesting happened.

They offered me that job the very next day.

I still remember taking the call. For privacy, I was standing in the rain outside an office building when the offer came in. I literally felt like I was being blessed at that moment. Suddenly I had a full time position that paid me more than any job I held previously. Suddenly our fears of losing our home vanished. Suddenly I could breath.

Why was I offered this amazing opportunity?

I was simply amazed how it had all worked out! … Can my failures lead to success?

The funny part is, that isn’t even my happy ending.

Shortly thereafter, My self-confidence grew. I met an amazing mentor who encouraged me to get my MBA due to my strong desire to be a leader and entrepreneur. “Knowledge is power,” he always said. Never. Stop. Learning.

So I did that too. I went on and earned my Master’s Degree and within a short time, I obtained a high level IT leadership position. I have also had the great opportunity to run my own successful online retail business since 2012. (Who needs sleep, right?)

While it didn’t happen in the timeline I expected, my dream did not die with my failure. It came true because of it. I am living my happy ending because of the risks I took and the lessons I learned. I guess being a total professional failure has its benefits!

Want to hear another confession?

I am nothing special. I am not a “one in a million” success story. You are just as entitled to have your happy ending as well and can achieve it by following these simple steps:

How Failures Lead to Success:

Are you ready to let your failures lead to success? 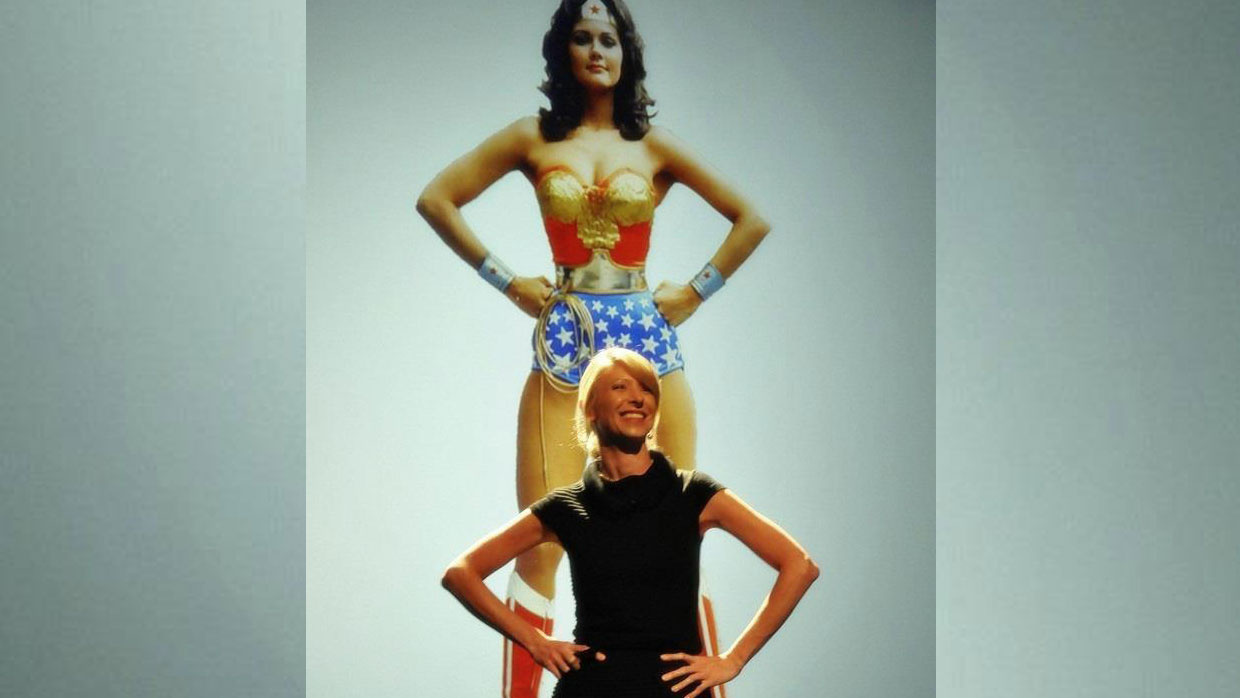 Is it true that we get more comfortable in our skin as we get older? Hopefully we do, but many of us look to be more comfortable in our skin right now. While it may feel like everyone else on the planet has more self-confidence than you, many people look to build higher self-esteem, including me. I have worked hard to overcome shyness and I would like to share the list of 10 steps I have taken to develop self-confidence.

There you go, 10 steps to a better, more confident you! I guarantee that if you put even half of these tips together you will be unstoppable! Go ahead and give these a try. I am sure you will begin to develop self-confidence. I would love to hear your success stories or your own suggestions in the comments below.